In late June Libertas, a Beneteau First 40 racer/cruiser, started its cross-Caribbean odyssey.  Four of us departed Tortola, British Virgin Islands, bound for Grenada.  First stop was St Martin (south of Anguilla on the map below) to pick up Claudia and Ella.  Then we left to St Barths, the billionaires’ playground. Full of the rich & famous during New Year celebrations (as shown above), St Barths was a quiet, charming little village and a welcome stop for the crew. 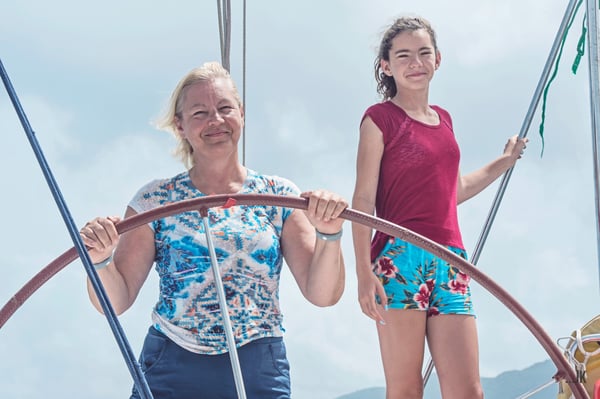 Leaving St Barths we sailed through a storm at night, diverting to Nevis where we spent a day there resting up.  The night sail is important as Yachtmasters must have a certain amount of logged night hours.  Furthermore the navigation and "object avoidance" skills required for night sailing can only really be learned when doing it. 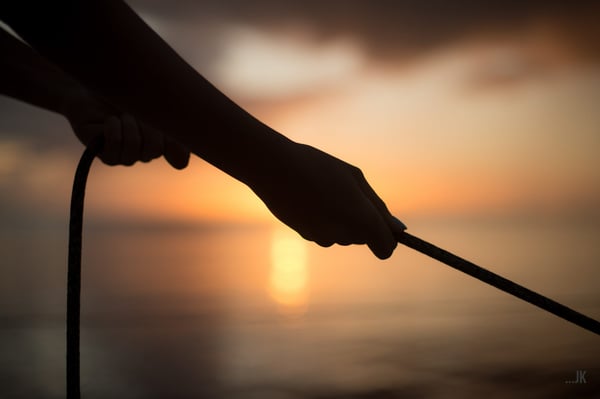 Then it was on to Montserrat.  The approach to Montserrat was at night, revealing a pleasant surprise in the morning.  We woke up to a quiet, beautiful little bay, empty of all inhabitants save one friendly taxi driver who proceeded to drive us around the island.  We were able to explore around Plymouth, the former main town which was abandoned twenty years ago due to a volcanic eruption.  Plymouth still has working air-raid sirens should the mountain erupt again.   It is like Pompeii: you can walk into houses where the cutlery is still in place, such was the speed with which people needed to evacuate. 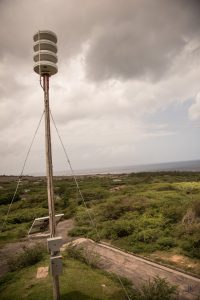 Leaving Montserrat in the afternoon we carried on to Antigua.  Antigua offers the lovely English Harbour in the south of the island, with buildings that have been carefully restored and provide a link to the fascinating history of the island.  Leaving Antigua at night another big blow necessitated the storm sail.  Bob handled the helm magnificently as the storm reef was flown and wind hovered around 45 knots for several hours. 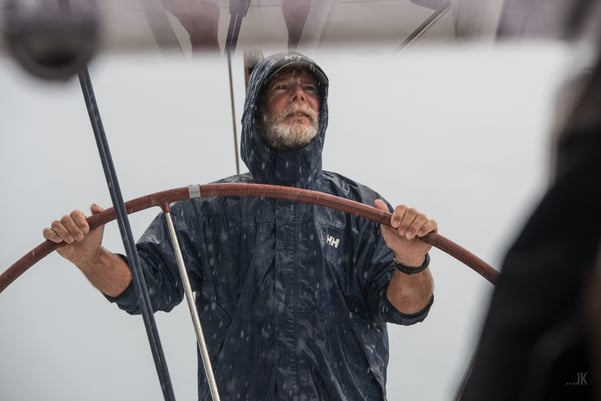 Bob in a spot of rain[/caption]

This calmed down by the time we reached Guadeloupe, where we picked up 104 student Gary.  Gary was with us for five days to complete his 104 bareboat skipper certification. 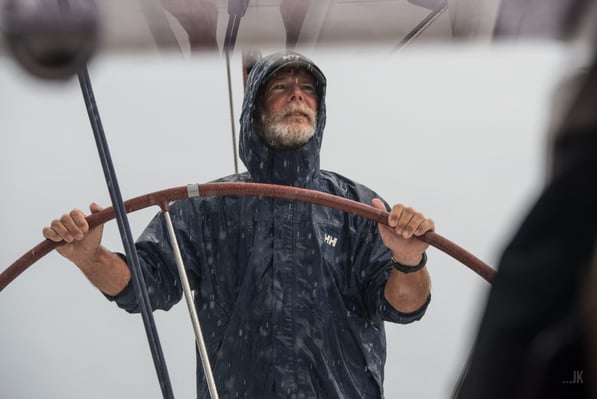 Sailing from Guadeloupe we enjoyed the thoroughly charming Saints Islands, then to Dominica, with such natural beauty that for the art director of Pirates of the Caribbean the choice of this location was obvious. 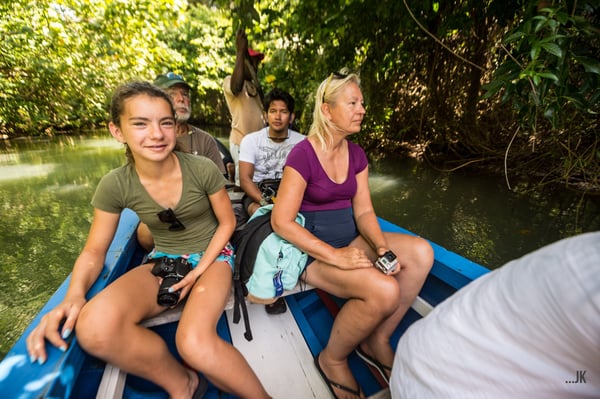 Up the Indian River for a day off the boat, then on to Martinique, the surprise beauty of the islands.  St Pierre, much like Montserrat, had its own “Pompeii” moment a while back and evidence of it is still around.  In St Pierre's case there were only two survivors, one of them being a convicted murderer serving time in jail at the time of the eruption.  Still with much of its old buildings in place, St Pierre is very steep-to, and afforded us the opportunity to practice mooring techniques and, for some, dive the wrecks scattered in the harbour. 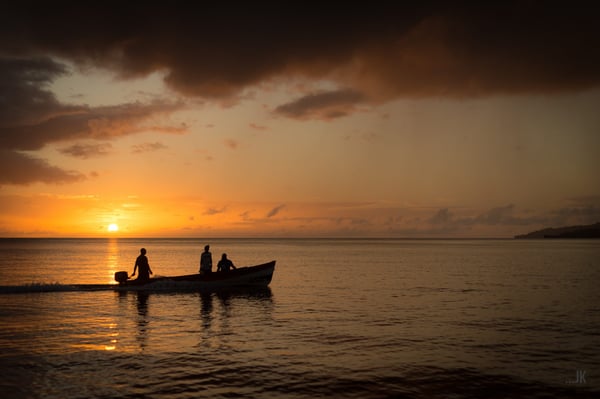 A few kilos heavier from the beautiful French pastries and we set off further down to St Lucia.  A day spent in lovely Soufrieres and on through St Vincent and the exquisite Grenadines with the friendliest locals in a very friendly region. 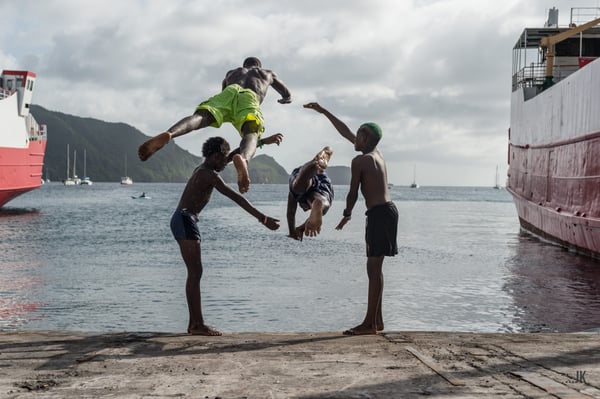 Locals having fun, Bequia, The Grenadines[/caption]

Finally a big windward-side of Grenada sail to Prickly Bay and we arrived! In typical Caribbean style the trip contained a mix of blue sky 15 knot beam reaches and 45 knot storms.  A fantastic adventure.

We're heading up island in October.  Very limited places are available.  Click here to see more photos of the journey.  Fill out the form below and click here to find out more about the next adventure we have planned.

The trip review here describes our journey from Martinique to Grenada,...