What Happens After A Hurricane

How long it will take the BVI to recover

This blog post looks at hurricanes, and how an area bounces back. We write with the British Virgin Islands - the birthplace and home of Sailing Virgins - in mind.

Hurricanes are strange phenomena. Let's start with how long they take to do their work. Depending on your point of view, after a warning time of 3-5 days, they are either a bomb-blast in slow motion, or they are a very fast demolition event. All said and done, the typical hurricane has done its damage and moved on after twelve hours.

And if buildings are reasonably built, the hurricane usually results in remarkably few deaths. Look at the British Virgin Islands, whose inhabitants experienced the eye of not one but two Class 5 Hurricanes in as many weeks. Four people lost their lives during these events.  This is still a tragedy for those concerned and their families, but given the destruction, is a relatively small number.

The energy released by Irma was said to be around 7 trillion watts, which in somewhat more relatable terms is twice as much as all the bombs used during WWII. Including the atomic bombs. Yes, most of that energy is distributed over the ocean, but just the same when it does hit land, it concentrates its energy in an incredibly focused, laser-like line of destruction.

This is what a place looks like after such a storm: like it has been annihilated by an atomic bomb blast, albeit without the firestorm or radiation. A few particularly well built buildings remain standing, with the rest either flattened or severely damaged.

How does an area bounce back from this?

Let's look at how Grenada fared thirteen years ago. With a population of 100,000, it is around three times the size of the British Virgin Islands. In 2004 Hurricane Ivan struck, destroying around 80% of the power grid and 70% of tourism infrastructure. Damage costs for this small island were estimated at around US$1 billion.

With donations including around $150m of funding from the World Bank, Grenada took more than five years to bring its infrastructure such as schools back to pre-hurricane condition. Its economy, with a growth of around 5% before Ivan, contracted in the year following the hurricane, and remained static for at least five years thereafter. 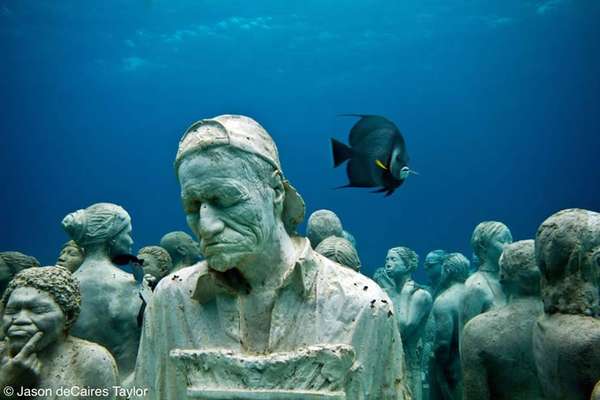 How will the British Virgin Islands fare?

The British Virgin Islands has a few key things in its favour when predicting recovery rates from a hurricane. Firstly, water-based tourism is around half of its GDP. Most of those tourists are either on cruise-ships or charter-yachts. Both of these service providers are by definition mobile, and can therefore recover fairly quickly once key infrastructure is back in place.

Financial services is the other large contributor to the economy of the British Virgin Islands, with incorporation fees providing around half of government revenues. Again, this revenue is not hampered directly by the destruction caused by Hurricanes Irma and Maria. Provided the data it looks after remain secure, the BVI should not be affected in this area.

Then there is the proximity to the US. The Virgin Islands are the closest tropical beach escape for anyone living on the east coast of the United States. Such tourists crave the simple, charmingly backward way of life compared to cities like New York and Washington DC. In this sense, the product hasn't changed much.

Below is a shot of White Bay, British Virgin Islands, taken in October 2017 (ie. after the storms). This is what people come for. 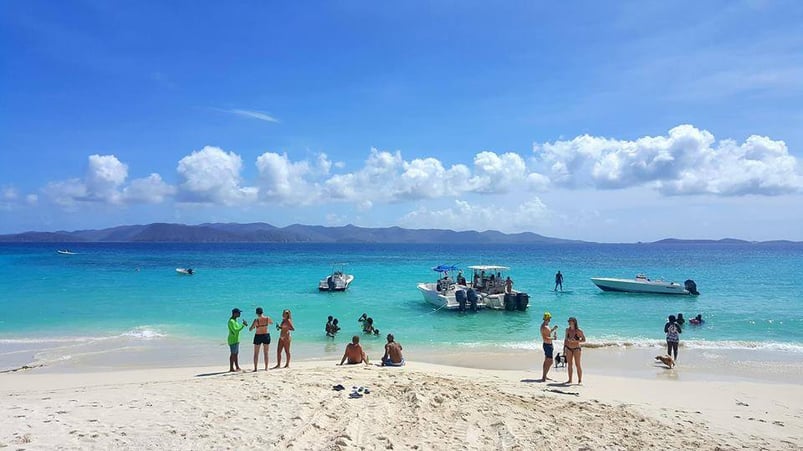 The above points are not trying to make light of the enormous effort and funding required to restore even basic services in the short term. Rather they are indicating that provided tourists show support by putting the Virgin Islands on their vacation list in the next year or two, the things that people visit the BVIs for should bounce back relatively quickly. Other larger infrastructure pieces will no doubt take longer.

Sailing Virgins will be operating its programs between now and February 2018 out of Grenada, then will resume courses back in the British Virgin Islands. If you are in your 20s-40s, want to become a skipper and are looking for world-class sail training, we will be teaching while exploring the islands of Grenada and the Grenadines, including Bequia, Mustique and Tobago Cays.

In March 2018 we will be resuming normal operations back in the British Virgin Islands.

Sailing Virgins runs seven day fast-track courses to the standards of the American Sailing Association and technology leader, NauticEd. All instructors are qualified to these associations plus the Royal Yachting Association. Sailing Virgins is the highest ranked sailing school in the Caribbean according to reviews on Tripadvisor, Google and Facebook.

When is the best time of year for a BVI vacation?

Are you planning your Caribbean vacation and...

How To Build Your Sea Miles

Whether you’re starting from scratch or have some experience on dinghies and keelboats, if you...