The business end of the 35th America's Cup has begun. It will be as fast as it is controversial. Both of these things make it worth watching. This post gives you six facts to bring you up to speed. Plus a few links if you'd like to read/watch more. 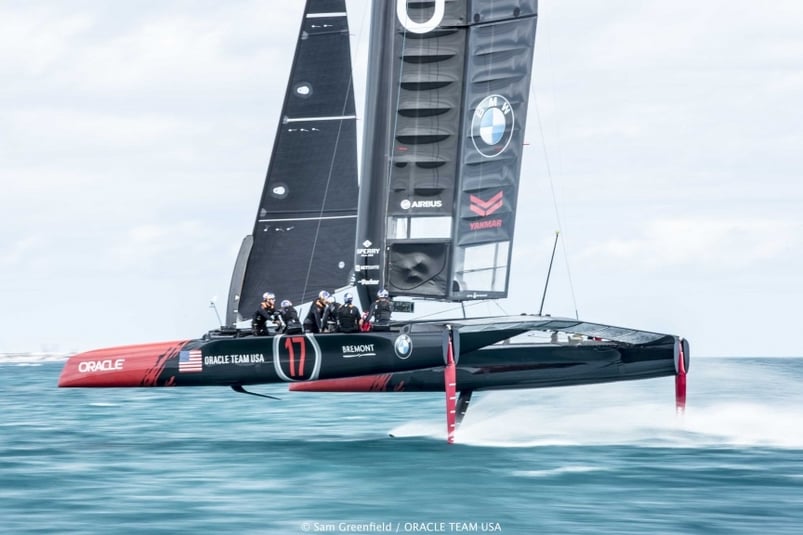 
2. Ventilation and Cavitation are bad

There are a few new terms to those of us who haven't foiled (yet). Here are a couple. If the foil gets too close to the surface this could introduce air which upsets the waterflow over the foil, a term known as ventilation.

Thanks http://scheurerwerft.blogspot.com/ for the above image

Likewise if there is debris in the water or a damaged foil, this could create air bubbles that reduce the effectiveness of the foil. This is known as cavitation. 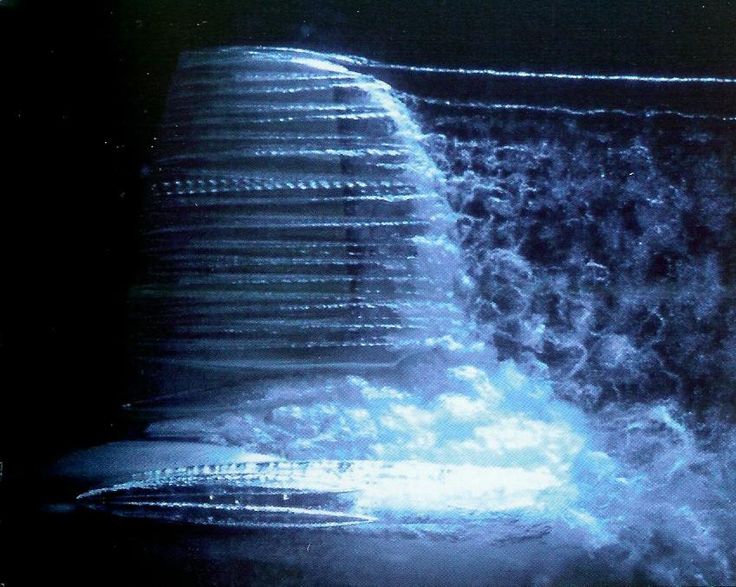 Thanks http://tpe-hydroptere.wifeo.com/la-cavitation for the above image

A brilliant explanation of this has been created by the New Zealand Herald and can be seen here.

3. Even on the downwind leg they sail upwind

Yes, for those who didn't watch the last AC (#34) in San Francisco, this means boats are going three times faster than the prevailing wind. Yes it is physically possible. Thanks Bernoulli. And carbon fibre.

And yes, that's three times faster than boats sailing in the America's Cup ten years ago.

Incidentally don't be surprised if they break through 50 knots of boat speed.

This means these things are always beating upwind. In apparent wind terms of 50+ knots that's what we mortals would call a tropical storm.

Even on the downwind leg, they are close hauled, sailing upwind.

4. Half the Cup teams have Australian Skippers

Australia is not fielding a team but is nevertheless well represented in the competition. Half of the teams (Oracle Team USA, Emirates Team NZ and Sweden's Artemis Racing) are skippered by Aussies. 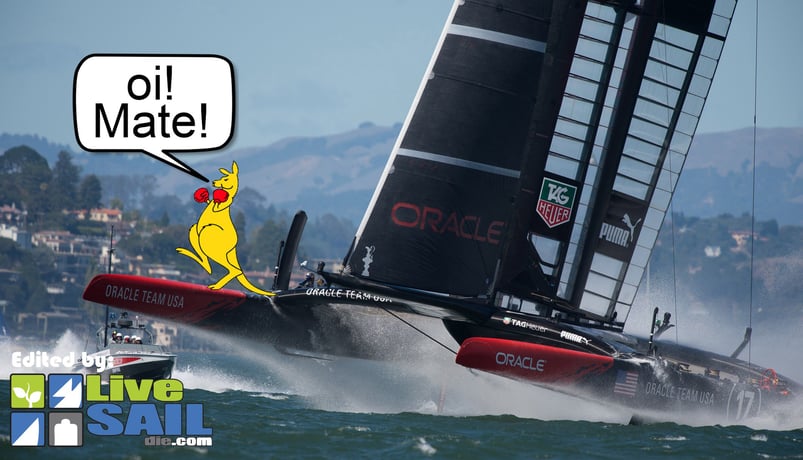 Thanks livesaildie.com for the image

Here are the skippers for each team:

The Guardian writes about this in more detail, which you can find here.

The AC50 boats are one design yet importantly given they are "box rule" they still allow innovation.

Teams have the ability to change the control systems and hydrofoil shape.

Team NZ for example has four stationary bikes rather than coffee grinders. This will give them more aerodynamics (50+ knot winds over the boat are the new norm so aerodynamics is a thing now), an ability to use their hands for flight trimming and much greater wattage than traditional upper-body-based grinding. 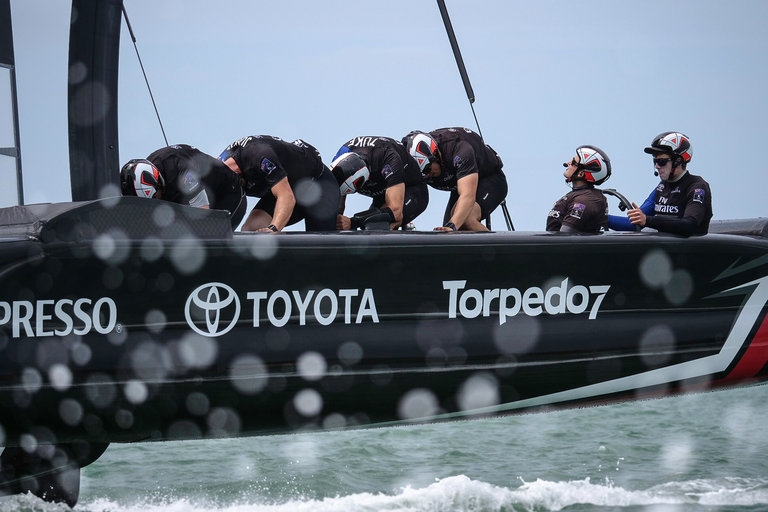 Thanks Emirates Team New Zealand for the above image

However moving about will be a lot harder.

The kiwis are the "traditional innovators" and financial underdog (as is everyone here whose name doesn't end in Ellison) so if you haven't found a team to back but who like to see people taking a risk, Emirates Team NZ is your pick.

Given boats are now expected to spend the entire race on their foils, hulls are losing some of their relevance, with an important qualification. 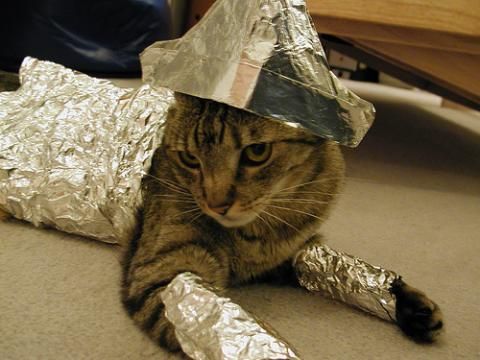 Foiling cats are here to stay people (image credit: I don't even know)

Foils, on the other hand, are where it's at. They have to take a massive amount of pressure. In the AC72s each foil withstood up to 15 tonnes during a turn.

This is about the weight of a semi trailer on a piece of curved carbon fibre about the size of a surfboard. The loads on this year's AC50s won't be much different.

Here's the qualification on the "foils are everything" statement: Marc Van Peteghem, one half of multihill design firm VPLP, believes their challenge is to design "...good boats capable of going fast in light winds without using their foils" (my bold/italics).

Given VPLP is unquestionably a (and maybe the) global leader vis a vis foiling boat designers, this is an interesting (and contrasting) statement.

Regardless of your position on the America's Cup, this is a race that will be exciting to watch.  A short course, exceptional coverage of the event, and the fastest sailing boats on the water.

So get amongst it! Download the America's Cup app, watch it on Youtube, slap your sailing buddies who like to complain about "the good old days" of twelve knot top speeds (give them a patch of grass to watch as it grows. Or a Finn class race (#sorrynotsorry)), then sit back and enjoy 45+ knots of awesomeness.

Sailing Virgins runs a sailing school in the British Virgin Islands - the highest rated school in the area according to Tripadvisor.  We focus on bringing guys & girls in their 20's and 30's up to skipper level, and helping get them work in the industry. Click below to get an ebook to read more, or here to look at our most popular course, the fast-track to Bareboat Skipper course.

Here are some links if you'd like to read more. We start with a brilliant video from Artemis Racing:

Here is an Oracle video featuring a badass we love sooo much: Lindsey Vonn:

http://sailinganarchy.com/ of course (they are the source of sooo much)

brilliant article on AC72s from the last AC held in 2014:

...and this great interview with Marc Van Peteghem from VPLP:

If you are asking yourself the question "should I go...

For those wanting to charter a boat or work in the...