If you are asking yourself the question "should I go to the BVI now?" you are not alone. This post covers what is open in the BVI as at March 2018. It is a working blog post, and can be edited, so please comment at the bottom and we will review and amend.

Hurricane Irma was the largest hurricane ever recorded in the Atlantic, and went directly over the British Virgin Island in September 2017. Recently we visited the islands and witnessed the devastation and the rebuilding. In a sentence, you can enjoy a fine week in the BVI right now, as long as you know where to go. 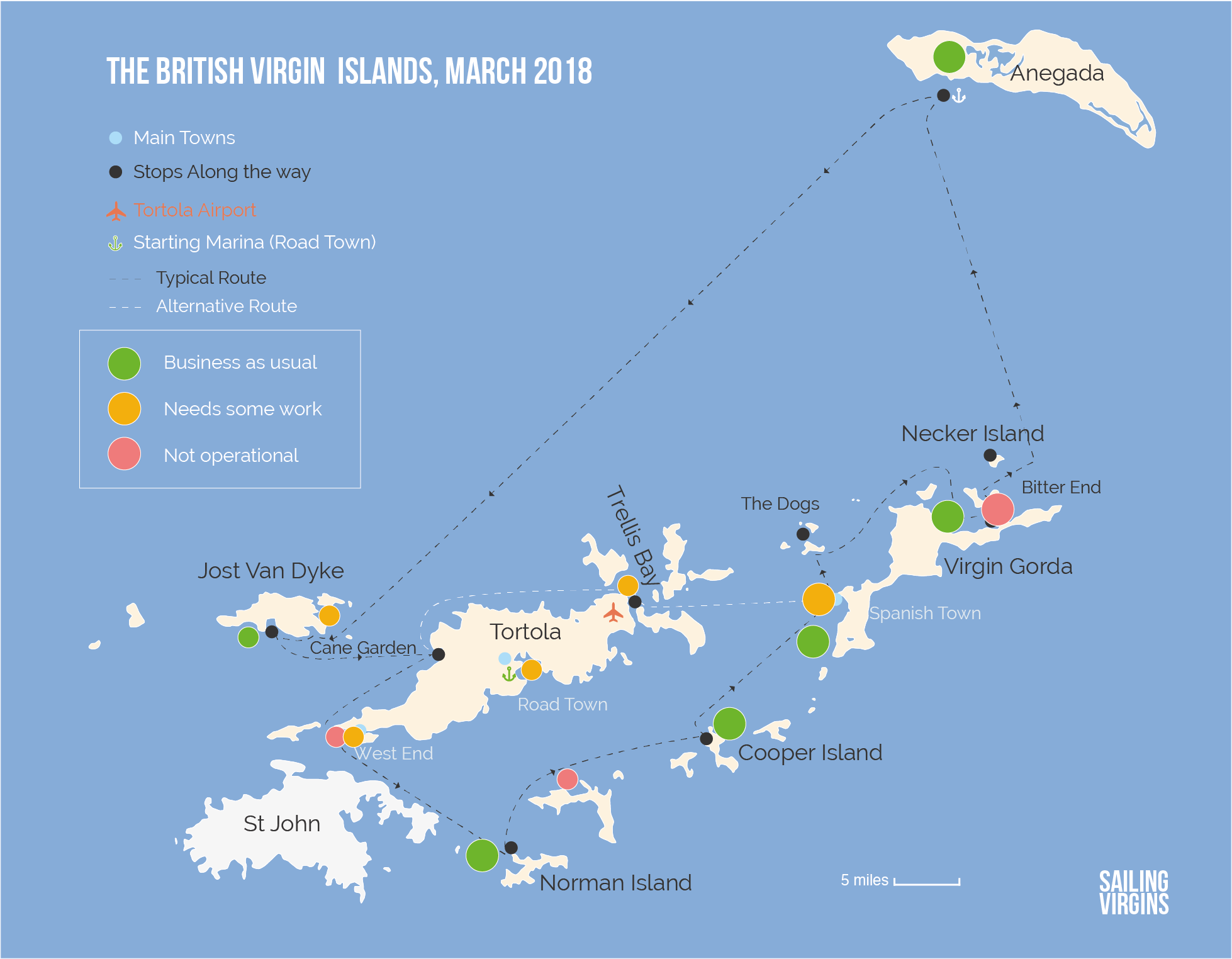 We will break this down to the main islands:

The largest and possibly the most affected of the British Virgin Islands, Tortola is slowly rebuilding. Power is now restored across the island, and the roads are in the most part, serviceable. 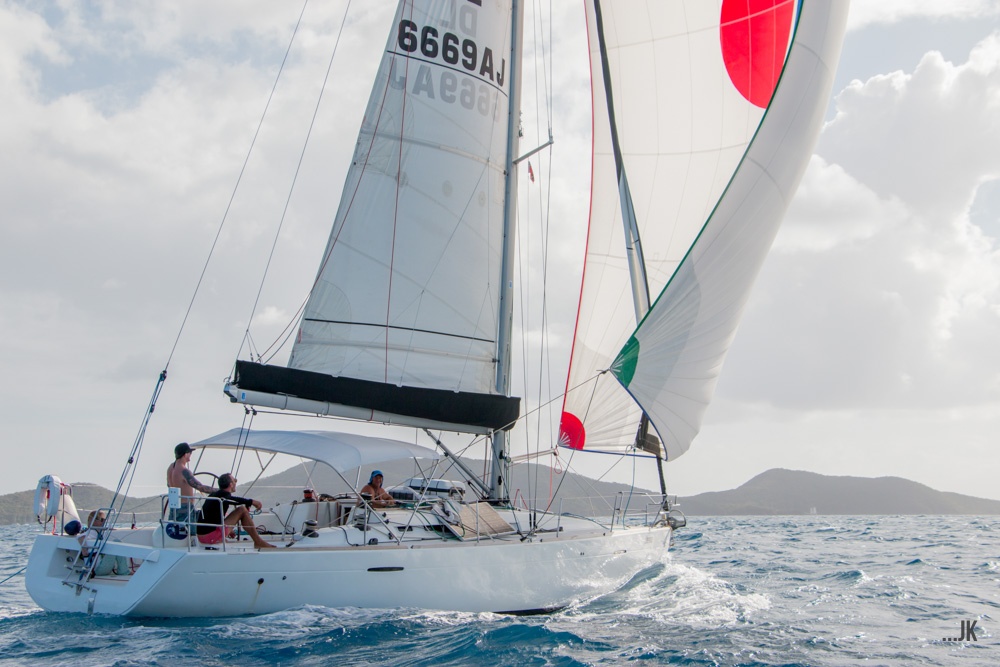 BVI Customs and Immigration: everything goes to and from Tortola Pier Park (the cruise ship terminal) at Road Town.

Road Town Restaurants: Captain's Kitchen, the Watering Hole, Taste of India and Pearl of the Orient are open.

Cane Garden Bay Restaurants: Myett’s, Rhymers, and Paradise are the CGB restaurants that are open.

Hodges Creek has no fuel or ice. Some charter companies (such as Dream Yachts) are using it albeit from temporary offices.

Marina Cay (including Pusser's Restaurant) needs to be rebuilt. However Scrub Island is operational.

Nanny Cay Resort is operational, with fuel, water and ice.

Sopers Hole needs a lot of work. There is no fuel, water or ice. However D' Best Cup and Pusser's are both open. And Customs/Immigration are working albeit in a temporary facility. Ferries are going to Road Town.

Leverick Bay is fully operational. The Restaurant is open.

Virgin Gorda Yacht Harbour has water, ice and fuel, but requires repairs. You can put your boat in the marina, however dockside cleats are missing in many areas.

Bitter End Yacht Club is out of action but has an entirely new eco-resort in the planning stages.

YCCS (Yacht Club Costa Smeralda) will need to be rebuilt as it lots its main dock and sustained considerable damage to the building.

Oil Nut Bay is actually open to the public on a limited basis. Maybe the friendliest maintenance staff in the Caribbean (yes I owe them one).

Neptune's Treasure is open as are most of the restaurants. The sand bars have shifted around a bit, so the general advice is if you have a 2m+ draft, anchor outside the main field. 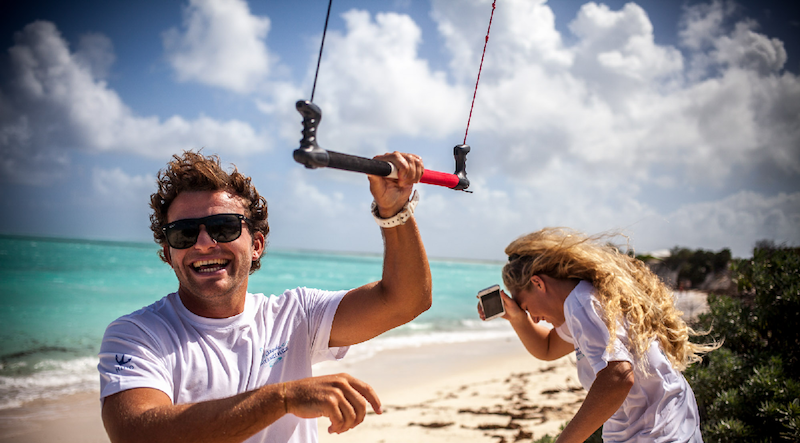 White Bay: The Soggy Dollar and Hendo's Hideout in White Bay, are not just back, but are arguably better than before the storms.

Little Harbour: Sydney's is OPEN for Dinner. Not alot of volume. Check in early with Strawberry.

Foxy's is open. Foxy is singing again, like this absolute classic The Irma Song (thanks Aaron Soares for posting).

Image thanks: Two of Us Photography

Cooper Island is fully back online as at April 1st. I visited there and saw them putting the finishing touches on one of the coolest corners of the BVI. 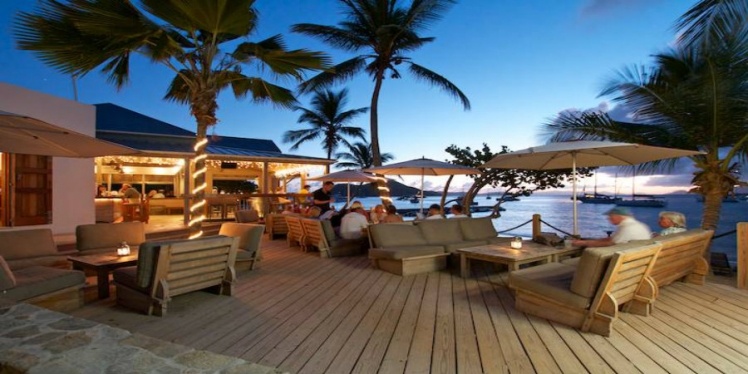 Willy T, the famous floating barge with surprisingly good food, is returning in March (so it should be back by now).

Pirate's Bite Cafe Version 2.0 is in operation and is a hub of activity most nights.

Peter Island Resort needs more time before it is back in full swing. They are saying end of 2018.

Below are some other points we thought worth mentioning, largely taken from John Deverteuil for the excellent BVI Abroad - Hurricane Irma group.

All are open and run on a regular basis. St John's customs is closed and not set to open for a while, so you must clear customs in Charlotte Amalie then go to St. John's. The park service in St. John's is not charging for moorings, but the areas are open.

The stores are pretty well stocked, I did not see any real difference from past stocks, this includes the more remote stores.

There are plenty of brand new vehicles, so no issue.

The website BVI Traveller (run by Charles Metter), from which a lot of useful information was taken.

The very active, positive posts in BVI Abroad - Hurricane Irma group on Facebook, and in particular a post from John Deverteuil, from which we learned about recent updates.

BVI residents and friends who help keep this information updated.

The business end of the 35th America's Cup has begun....

For those wanting to charter a boat or work in the...