What Is The Yacht Week?

If you are reading this you are probably already aware of The Yacht Week. If not, watch their trailer below. In short, the Yacht Week is a global phenomenon, where people - mostly in their 20s and 30s - become part of sailing events which are staged in six destinations around the world.

If you are into meeting some great people, enjoy partying and like the sound of sailing around the Mediterranean during summer (or any one of half a dozen other locations), check them out.

For qualifications, the Quarterdeck literature states a Yachtmaster Coastal level is required as a minimum, however, we recommend a Yachtmaster Offshore level, as this will increase your chances of being selected for the Academy and passing.

Besides, the additional miles and experience can come in very handy during a 40 knot squall at 7am when you are effectively single-handing. 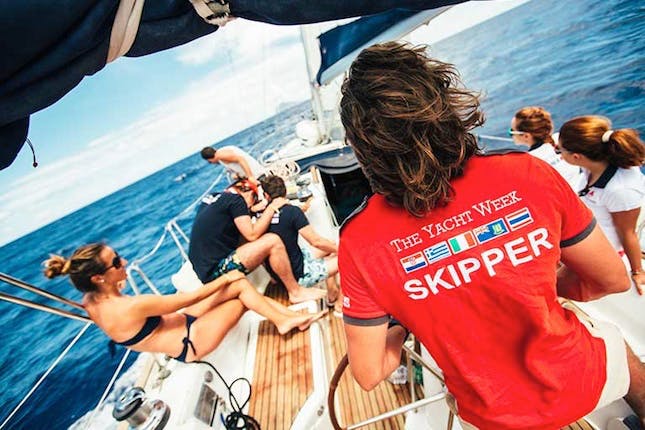 The Skipper Academy is a 7-10 day course (current iterations have it at 8 days) covering principally how to deal with paying crews, familiarisation with the sailing routes and how to raft in their various configurations (such as line rafts, tunnel rafts, perfecting med mooring among other skills).

The Skipper Academy itself is widely acknowledged by participants to be one of the best weeks of their lives. It is tough. In any given course the pass rate is around 70-80%. Successful candidates are then invited to work in one of The Yacht Week’s locations, usually starting with Croatia. 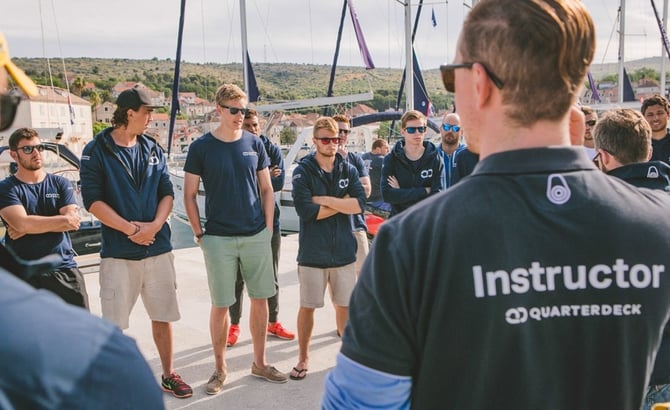 Either through sailing with a friend, joining a local community sailing club or a university sailing club. Weekend races, beginner sailing courses, anything that gets you time on the water and on the winches.

Any time spent on a boat is beneficial here, whether it is on a sailing vacation (The Yacht Week included) or just on a lake near your home, on a dinghy. The more time spent here, the merrier. 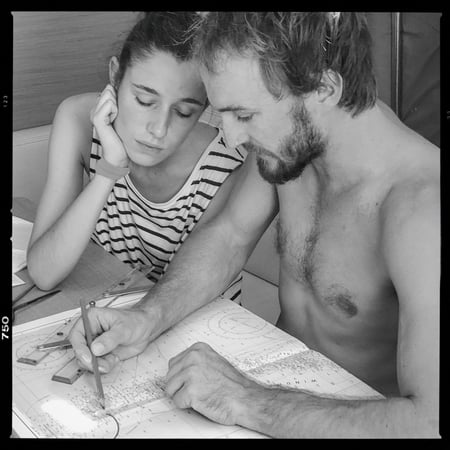 Jack takes Celine through the paces

During this course, you will be introduced to the fundamentals of navigation, weather and boat systems.

The cost of this is included in some intermediate courses such as those offered by Sailing Virgins, and costs $250 - $500 if undertaken separately.

This is a 1-2 week duration, live-aboard sailing course where your instructor will impart to you the skills necessary to sail your own boat. Depending on the course you choose, this will count for your miles and variety of experience. 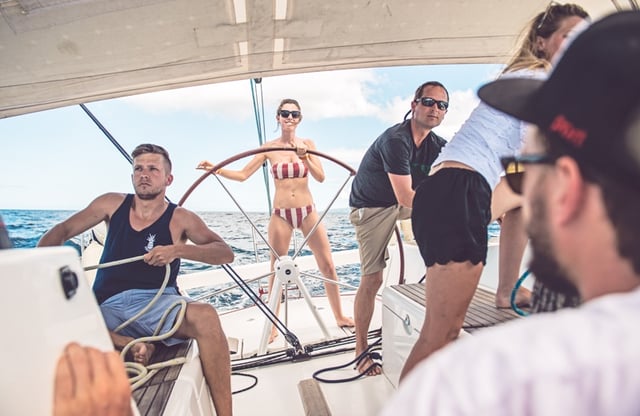 Some intermediate courses (such as the Sailing Virgins Island Adventure Course) will include extras like night passages and sailing between countries.

Sailing Virgins courses are designed for people in their 20s and 30s - Sailing Virgins is the only sailing school in the world to offer this. This makes the week much more social, athletic, and prepares you for some of the techniques assessed during The Skipper Academy.

At this stage, you may look to purchase your own foulweather gear, deckvest, and Personal Locator Beacon. Ideally, you want to be self-reliant, as given you will be sailing on other people’s boats and across oceans, you cannot always vouch that their methods or equipment are up to speed.

You ultimately need to trust your gut before embarking on any long journey. We have known sailors to refuse getting on a boat due to either issues with the skipper or the boat itself. Regardless of boat or skipper issues, when you are on a night watch and it is blowing 40 knots in the middle of an ocean, it is a good feeling to know you have decent equipment.

If you'd like some pointers on what gear to buy, we wrote a blog post on 10 Items Every Skipper Should Own and also 8 Apps Every Sailor Should Have.

When you take your Intermediate Sailing Course with Sailing Virgins, you will receive alumni discounts of up to $1,000 on co-branded Sailing Virgins / Zhik sailing equipment. Zhik is said to produce some of the best performance equipment in sailing, and makes gear for the biggest sailing events such as America's Cup, Volvo Ocean Race, and Olympic Games/World Cup. 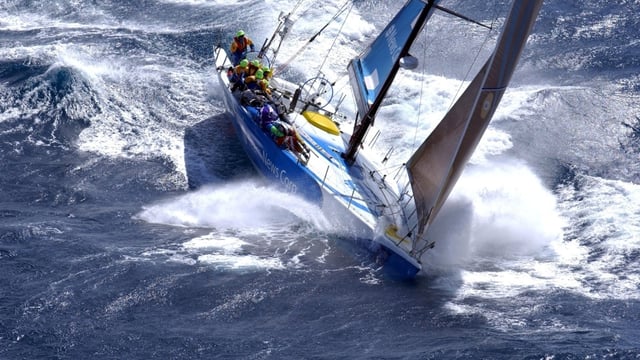 Cross an ocean or two, sign up for deliveries, the aim is to attain skills through diverse experience. You will sail with fantastic sailors, and possibly terrible ones. The variety is all part of it.

In other words, learning what not to do is as valuable as learning what to do during this stage. When you cross an ocean there is a good chance you will have a variety of conditions, and will be on watches including, as a matter of course, night sailing.

Your aim is to log at least 2,500 miles, with at least four distinct major journeys, sailing with several different skippers, in a variety of areas, sampling a variety of experiences. Here are some ideas on how you can build your sea miles.

If you do your Intermediate Sailing Course with Sailing Virgins, we will share tips with you on how to find the longer passages, what to look out for and how to approach such an adventure. Every January Sailing Virgins also sponsors an alumni “ex-Virgins” sailing week, where students are invited to return to the Caribbbean for a low cost week of sailing and adventure.

These are prerequisites for the Yachtmaster Oshore course. One tip is to organise this when you book your Yachtmaster course (see below). Some of it can be done online. Many training centres (such as the Hamble School of Yachting, who we can vouch for) offer these courses as well as the RYA Yachtmaster Offshore preparation course (as described below)

This is a week-long course where you will do five days of “preparation”, followed by two days of examination, carried out by an independent examiner.

The separation of preparer and examiner, the reputation of the non-profit Royal Yachting Association, and the fact that the Yachtmaster scheme was invented by the RYA, mean heading to Southampton (aka “Yachtmaster mecca”) is a valuable part of the process.

For most sailors, whether from Australia, New Zealand, South Africa, Europe or the US, sailing is a great sport. For the British, sailing saved their nation on more than one occasion.

Consequently the British have a reverence for sailing that does not really exist in any other culture we are aware of. It is nice to experience this as part of your journey to becoming a professional skipper.  Blue skies and warm waters it isn’t, but well-honed sail training location with a variety of tidal and traffic experiences, it is.

We recommend Hamble School of Sailing as our favourite in southern England.

Short for “Standards of Training, Certification and Watchkeeping”, more commonly known as Commercial Endorsement, the STCW is a series of five mini-courses that allows you to work in the industry.

While not mandatory to become a Yacht Week skipper, it will be looked upon favourably when you apply to the Skipper Academy. Plus, STCW-qualified skippers will normally earn a weekly "bonus" for this qualification.

And particularly with the surprisingly realistic firefighting and sea rescue components (among a couple of admittedly boring subjects thrown in) it is a worthwhile learning experience in its own right.

The STCW series of courses can be done in a variety of places, including the UK, USA, Australia and for a low-cost option, the Philippines. 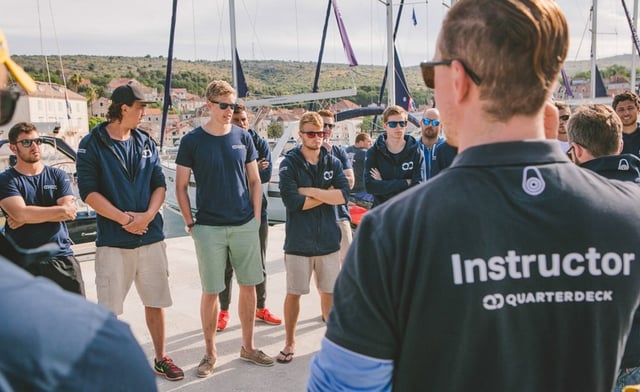 With the steps outlined above ticked off, you are in a good position to apply for the Quarterdeck Skipper Academy. You may not be accepted to the academy, and even if you are, you may not pass, so a positive outcome to this step is by no means a certainty.

Conducting your Intermediate Sailing Course with Sailing Virgins will give you a much better idea of what Quarterdeck looks for in its candidates and how to optimise your chances of being accepted and passing the Skipper Academy.

How long does it take?

The fastest I have seen the process successfully take was someone dedicating six months of their life to sailing, including sailing in the Mediterranean, an ocean crossing, sailing with instructors for multiple weeks in the Caribbean, then heading to the UK to do their Yachtmaster.

This individual, an athletic, fast learner and already familiar with mechanical systems, later told me that six months felt hellishly fast for what he had achieved.

A normal process for someone taking weeks where they can, is around two years. There is no effective short-cut to this: people who try to override the natural learning curve end up losing confidence at precisely the wrong time.

Should Intermediate Courses be RYA, ASA, IYT, or NauticEd?

Below Yachtmaster Offshore, it really doesn't matter which syllabus you choose. We have written another blog post discussing this in further detail. In short, until you get to Yachtmaster Offshore (which is RYA), concentrate on the testimonials of the sailing school, and in particular what the instructors are like. Here is a blog post giving more detail on choosing a sailing school in the BVI.

What about Zero to Hero?

Some schools offer courses that start with the most basic sailing course, and provide the student with the miles and expertise to pass the yachtmaster exams in one go. These “zero to hero” courses can take between 8-12 weeks, and cost from $6K - $14K. That is, around the same cost as the steps described above if you were to do them individually.

The advantage of such a course is that it is more or less a guarantee that a Yachtmaster certificate will be attained.

However, such courses are looked upon with skepticism in the sailing community, and in the Yacht Week in particular. They tend to provide a “monocultural” experience, without the rich learning that comes through the longer, more peripatetic journey described above.

Becoming a Yacht Week skipper is a great thing to do. As well as being one of the best jobs on the water, the people you meet and the experience you gain whilst being a part of this organisation can set you up for years into the future.

The path described above, with nine steps to achieving Yachtweek Skipper status, is more than the bare minimum, for a reason: you want to be confident in your sailing before you are paid to do it.

Confidence comes with milage and variety. A mix of sailing in your local area, the Caribbean and the UK, decent instruction, plus at least one long journey such as an ocean crossing, should set you up for success.

Sailing Virgins is a Caribbean-based sailing academy for people in their 20s and 30s who wish to level up their sailing game. Check out our Intermediate Sailing Courses and our Island Adventures, both of which can gain you a sailing qualification that is an essential part of your path to becoming a Yacht Week skipper.

Please post any thoughts or questions in the comments below. Enjoy the journey.

in how to, the yacht week 0 Comments

Knowing how to anchor stern-to is critical...