Which Sailing Organisation Is Best?

Anybody formalising their sailing knowledge must make a decision as to which organisation they will become a part of.  Different sailing schools are aligned to different organisations.

This post provides a summary of three well-known sail training organisations in Europe and North America, helping you to make a more informed decision before embarking on your own training, plus giving a short summary of how to obtain commercial endorsement should you wish to work with your qualification.

Spoiler alert: they are all credible organisations; it ultimately depends on the quality of the school as far as the standard of teaching you will get.  This is part of a free e-book we have published that deals with how you can get paid to sail. 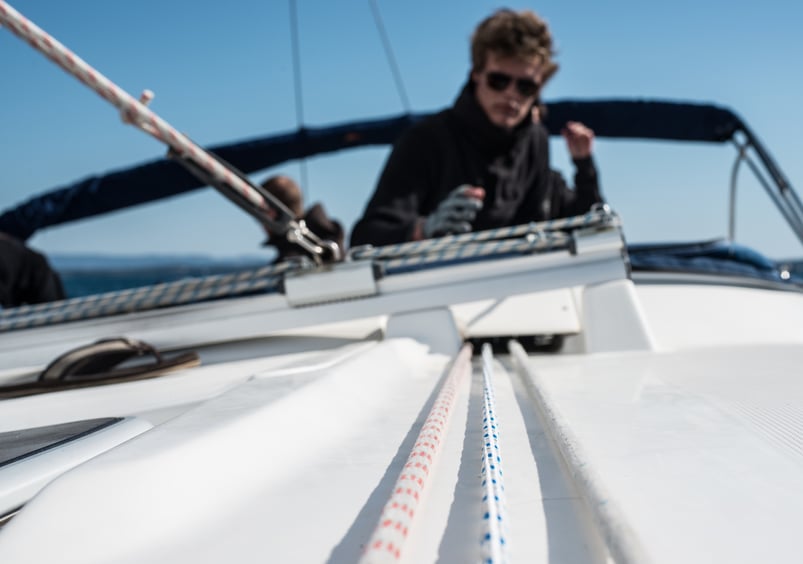 The four organisations covered here are the American Sailing Association based in the US, International Yacht Training based in Canada and the Royal Yachting Association based in the south of England and NauticEd, out of the US.  All four organisations are highly regarded globally, with evolved syllabi and who clearly prioritise safety in their curricula.  We cover newest kid on the block NauticEd towards the end. Here is a summary in alphabetical order.

Started in 1983, the ASA is the most widely known sailing association in the US, with more than 300 sailing schools teaching its programs and almost half a million sailors certified.  The ASA offers eight levels of certification, from ASA-101 Basic Keelboat through to ASA-108 Offshore Passagemaking.  Each level offers live-aboard training on yachts and ranges in duration from two days to a week.  In a phrase the ASA promotes sailing enjoyment.

IYT Worldwide started in 2002 and is truly international, with over 200 sailing schools teaching its programs across 54 countries.  IYT offers a similar path to the other two organisations covered here, yet positions itself to appeal to someone wishing to work commercially in the industry.  The IYT Master of Yachts Unlimited is the highest level of certification offered across all three organisations and is endorsed by the MCA, a UK maritime agency.  In a phrase IYT promotes commercial sailing around the world.

Founded in 1875, the RYA has a rich, proud heritage and an excellent reputation among sailors with over 2,400 training centres worldwide.  Its purpose is to “promote and protect safe, successful and rewarding British boating”.  The RYA pathway begins with Competent Crew and leads to Yachtmaster Ocean.  Yachtmaster courses originated with the RYA and are assessed by an independent examiner in a set practical exam, giving added credibility to their qualification.  The MCA - a UK maritime agency - endorses RYA qualifications.  In a phrase the RYA promotes sailing well.

All organisations offer a comprehensive training program for anyone interested in improving their sailing skills.

Ultimately the standard of training you receive will depend largely on the instructor you have.  Ask about the instructors in the schools you have shortlisted.  You won’t be able to get it right all the time but sometimes just asking the question steers you towards an instructor that better suits you.  If you are looking to work in the industry press below to receive a free e-book.  You will also be mailed offers and advice from time to time (all good stuff!).

Furthermore these are just four organisations.  There are others with great reputations (for instance Sail Canada, on which the ASA standards are based) that do not get mentioned here.  Nothing meant by that - it is all in the interest of brevity.

For those wishing to work in the industry, an STCW Qualification (Standards for Training, Certification and Watchkeeping) must be taken, usually completed in one week, comprising five separate certificates.  Google "stcw courses" and your region to find where and when relevant courses run.

The RYA is very particular about which certifications it recognises.  In other words, for such certificates as VHF operator, First Aid and the like, the candidate must sit an RYA-endorsed course.  I know of a Gold Medallion Surf Lifesaver with half a dozen advanced first aid qualifications who had to sit through a day-long RYA First Aid course learning such basics as how to conduct CPR.  He had to do this as the RYA did not accept any of his skills as prior learning.  The other two organisations are more open to prior learning.  This is not a critique, it is a note.

Sailing Virgins runs sailing courses in the Caribbean for adventurous people in their 20s and 30s, and has the highest ratings of any school in the region.  The most popular course combines a cross-Caribbean Island Adventure with ASA/NauticEd coursework.  It sails between the British Virgin Islands and Grenada, counting a dozen or so countries in between.  Successful applicants are chosen based on attitude and general fitness.  Click here to learn more about the down-island adventures (dates and locations), and here for the up-island adventures (ditto).

Click here to find out more about general courses in the British Virgin Islands and Martinique.

If you are asking yourself the question "should I...

The business end of the 35th America's Cup has...

For those wanting to charter a boat or work in...