Why Is France's Bay of Biscay So Badass?

Feared but respected among sailors, the Bay of Biscay (also called Valley of Death) has been the proving ground of sailors for centuries. Its many shipwrecks, gruelling conditions and unpredictable weather bring ambitious sailors every year to earn their stripes on its challenging waters.

About the Bay of Biscay

Covering most of France’s west coast, the Bay of Biscay is a gulf located in the northeast Atlantic Ocean between the northern coast of Spain and the western coast of France. Considered one of the sailing meccas in the world with hundreds of marinas and beach towns, from Brittany in the north down to the Nouvelle-Aquitaine region, the Bay of Biscay provides an amazing environment to boost your sailing skills. Its challenging weather conditions during the winter and moderate winds during the summer give beginner and experienced sailors the opportunity to test and improve their skills while discovering its sandy beaches, small islands, sheltered estuaries, and lovely French beachside villages. 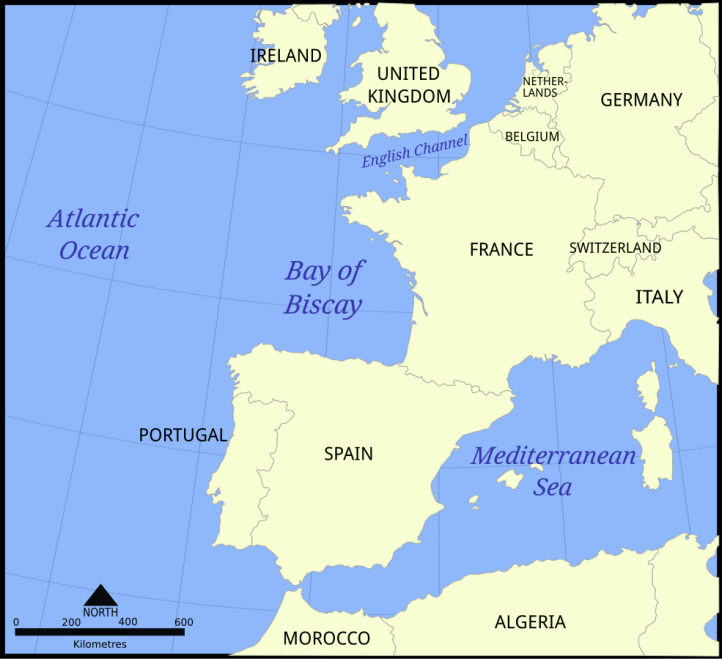 French yachting tradition is undoubtedly one of the greatest in the world. The west coast of France is home to some of the best shipyards today: Lagoon, Fountaine Pajot, Benetau, Dufour and Janneau shipyards to name a few. Nantes local Eric Tabarly, considered one of the world’s most famous offshore sailors, got his sea legs in these waters. In 1980, aboard his trimaran Paul Ricard, he broke the record of a transatlantic crossing in just twenty-seven days - a record that hadn’t been beaten since 1905. In addition, it is home to some of the most acclaimed regattas in the world such as the Vendée Globe, also known as the Everest of Regattas: a single-handed, non-stop and without assistance race around the world based in the French village of Les Sables d'Olonne. Moreover, most of the major Class40 teams, one of the biggest categories in competitive sailing, are based throughout Brittany’s main ports of La Rochelle and Lorient. These and other coastal towns in the Bay of Biscay will be some of the stops on our 7-day performance course.

At Sailing Virgins we envision that our sailing courses are adventurous and give you the opportunity to have a great week where instruction meets fun.

This is why we chose the Bay of Biscay as the location to launch our new performance sailing course. We wanted to offer an advanced sailing course where beginner sailors can take their skills to the next level, while experienced sailors have the opportunity to improve and learn to get the most out of their boat. Sailing experience is recommended (i.e ASA 104, NauticEd Bareboat or RYA Dayskipper) although not required. Being surrounded by knowledgeable sailors and experienced instructors will help you gain confidence and enhance your skills quickly. 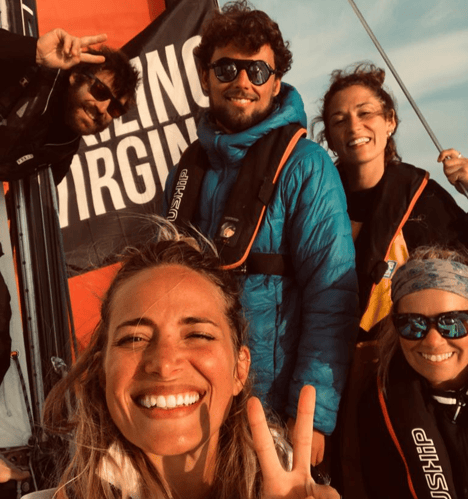 Image: Our Awesome Performance Sailing Crew Aboard a Pogo 12.5

A performance course needs a performance boat. This is why we’ll be using a TS42 performance catamaran to sail in the Bay of Biscay - the Ferraris of catamarans. Although comfortable and spacious, it feels more like sailing a Hobie Cat than the equivalent cruising catamaran. Just to give you an idea, its displacement is half of the equivalent Lagoon.

You may have overheard while walking through a marina sailors stating that catamarans can’t sail and monohulls are better. We’ve discussed this topic on our catamaran vs monohull post here, but you can see our faces of joy when we reached 20+ knots on this exact same cat while flying through the coast of Martinique. 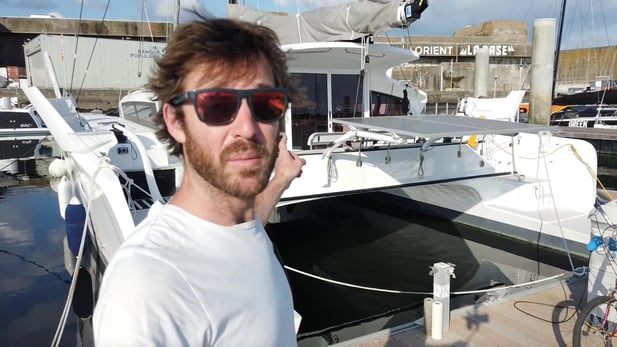 Sailing at such speeds is a memorable experience and you’ll become part of the select 20-knot club. These speeds can only be done in top-class sailboats in places that provide great sailing conditions like the Bay of Biscay. Your average sailing course is typically done in old cruising boats that are nowhere near reaching these speeds. Here at Sailing Virgins, we don’t do average.

We believe that the instructor is the single most important factor in learning how to sail. So we joined forces with the one and only Hugo Picard, also known as The Sailing Frenchman on YouTube (with over 100K subscribers). Hugo is a seasoned sailor, having raced in the Clipper and Transat races and instructed dozens of courses. Here is a recap of an advanced course on a 40 foot Pogo Hugo did with us last summer in the Bay of Biscay. The course will take place during the summer months, offering great conditions for sailing and nice weather to enjoy your vacation.

With these types of performance catamarans, you can easily make 150+ nautical miles per day so there will be plenty of places to visit in the Bay of Biscay.

During our 7-day performance course, you’ll be able to sail through charming seaside towns and important harbors like Le Havre and La Rochelle in the Bay of Biscay. As well as cozy beach towns like St. Gilles Croix de Vie and beautiful islands a few miles off the coast where you’ll be able to practice your mooring and anchoring skills. Watch our how-to videos on picking up a mooring ball and anchoring here and here. 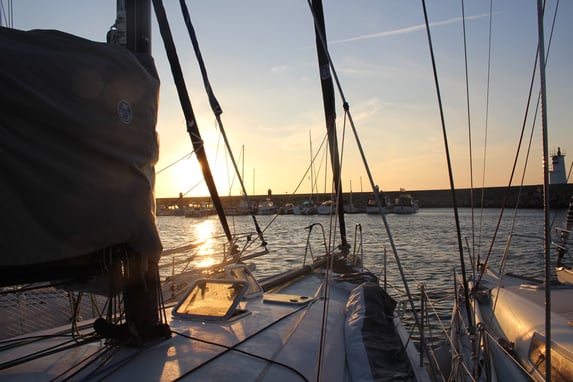 Image: Sunrise in the Bay of Biscay

Check Out the Bay of Biscay For Yourself

A few miles out to sea, lovely islands such as Île d'Yeu and the islands off the Quiberon provide good shelter to anchor after a day of sailing, and rent a bicycle to discover the beautiful beaches and amazing local food.

You can see why the Bay of Biscay draws so many sailors to its waters even with its fearsome reputation. It’s the perfect location for our Performance Course and we present you a unique opportunity no other courses offer: the best boat, in the best location with an awesome local offshore racer as an instructor.

Want to join us on a Performance Sailing Course?

Catching your own fish while sailing is a passion of many a sailor. Many of the most popular...

Eight Apps Every Sailor Should Have

Are you looking for some apps to help you with your sailing? Here we list...